True Detect is a step up from the traditional motion detection technology. The camera has a PIR sensor, the same technology used in alarm systems, to detect moving heat-generating objects, such as people, large animals & cars, to trigger recording and alerts.

On the scenario below you can see how the Pixel Motion Detection tends to generate false triggers because motion is detected by means of a change of pixels.

With PIR Motion Detection Cameras, movement means the detection of a warm moving object within the image, optimized for humans, on both temperature range and size. PIR detection range is 10m (32ft).

This DVR combines both technologies: for Recording or Push Notifications both PIR Detection and Pixel Detection must be “true” to ensure maximum reliability in recording and notification. Heat or Thermal? That’s the question

PIR cameras don’t detect or measure “heat”. PIRs detect emitted/reflected infrared radiation. The word “heat” may create expectation cameras will capture any heat source, like fire or light bulbs. As it is not technically correct to use the phrase ‘heat detection’, look for the words ‘Thermal Sensing’ on Swann packaging, our website and marketing materials to choose products with True Detect technology.

PIR Detection: What to Expect

In general terms, we can expect the PIR thermal & motion sensor cameras to detect thermal radiation from human-sized and larger subjects within a human temperature range, and it should not detect smaller subjects, such as cats or birds.

The security systems available in Australia now start with 4 and 8 channel systems, each with 4 PIR security cameras.

Compare – Which Type of Security System is Right for You? 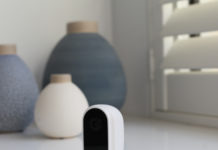 What is IFTTT & How Do You Use it for Your Home Security?