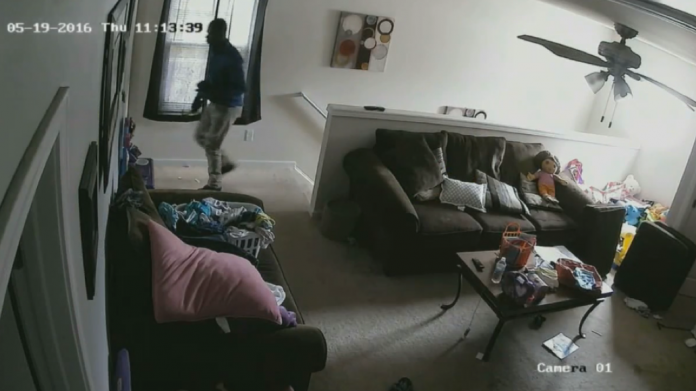 After a man broke into her home, Erin was shocked by what was captured in broad daylight.

In the suburban town of Cane Bay, S.C., wait times for Berkeley County deputies can sometimes take up to 30 minutes. Erin Norris, a wife and mother of three, learned that the hard way when a pair of burglars broke into her home and took off with jewelry from her bedroom.

Luckily, no one was home during the incident, but footage from her Swann cameras showed exactly what happened. As one man walked up to Erin’s front door, he knocked and looked right at the camera. He kept watch while another man snuck into the backyard, broke in and ran directly upstairs. About five minutes later, the video showed him leaving the home with a pillowcase full of valuables.

“Part of my wedding set was in there: a custom-made wedding necklace my husband made for my wedding day,” Erin said. “Seeing it on video made it so real. Seeing pictures of the guy coming up the steps holding a hammer right outside the door. In the morning when I woke up, I was kind of afraid to open the door because that’s just flashing in your head.”

Erin had recently installed her Swann cameras to protect her family from a series of recent break-ins nearby. “They just broke in in broad daylight like it’s nothing,” she said. “Being violated like that is such a scary feeling.”

While the culprits are still at large, police are optimistic about catching them thanks to the clear Swann video footage. Erin said she was grateful no one was home or hurt in the incident. “I want to take the time to thank Swann for such a wonderful product that actually works. With the Swann security cameras, we got a clear view of their face of both men and we have it posted all over the news!”

See the recorded footage from the incident here. 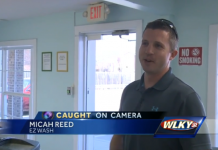